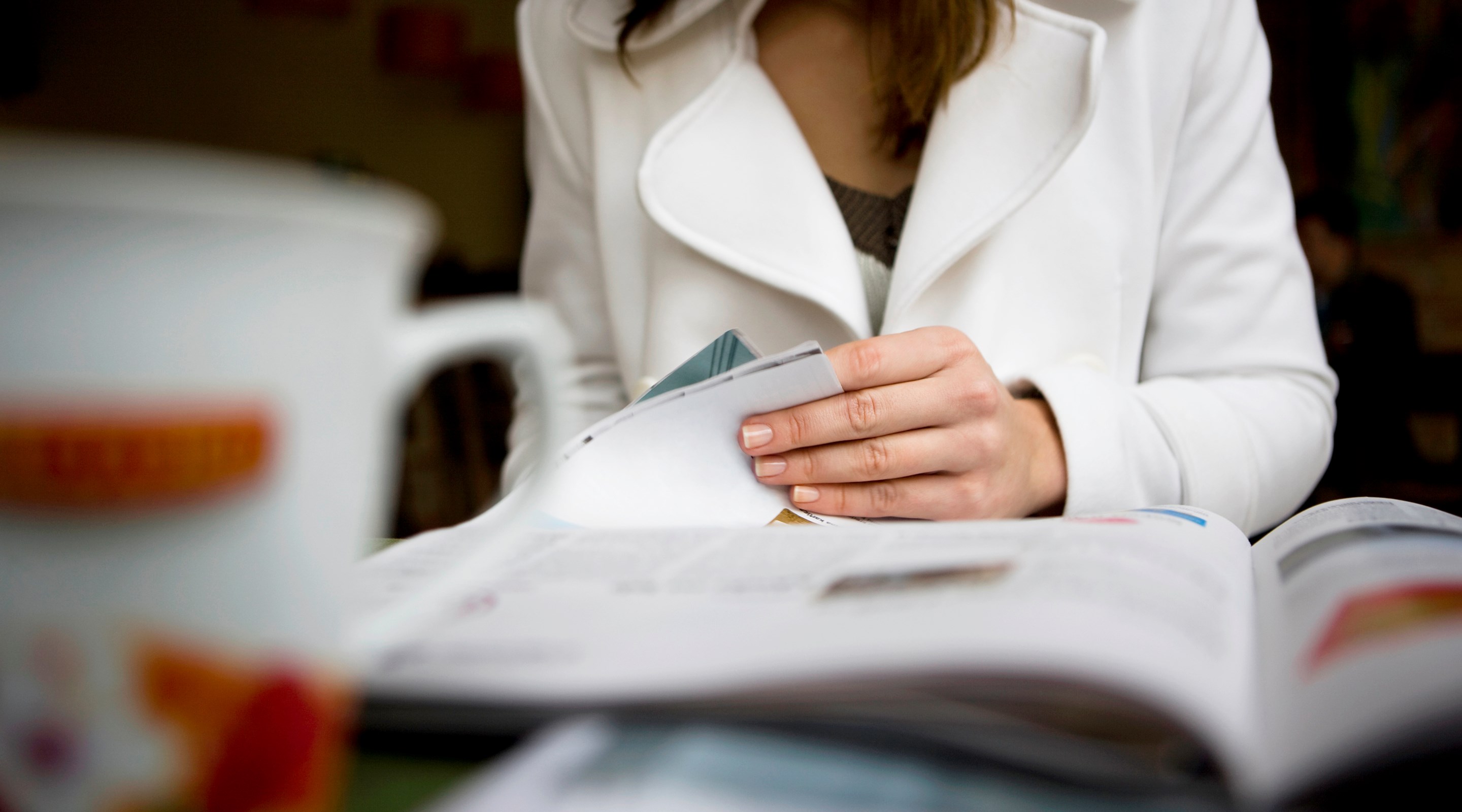 TotalEnergies Corbion celebrates the opening of its 75,000 tons per year bioplastics plant

TotalEnergies Corbion, a 50/50 joint venture between Total and Corbion, has just inaugurated its 75,000 tons per year PLA (Poly Lactic Acid) bioplastics plant in Rayong, Thailand. The opening celebrates the start-up of the world’s second largest PLA plant, which enabled an increase in available production capacity for this versatile biopolymer by almost 50%. PLA bioplastics provide a valuable contribution towards the circular economy, being biobased and biodegradable and offering multiple environmentally-friendly end-of-life solutions.

The Grand Opening ceremony, which took place on September 9th, 2019, was chaired by Ms. Duangjai Asawachintachit, Secretary General of the Thailand Board of Investment. The plant was first blessed by monks in a religious ceremony. Honorable guests included Dr. Somchint Pilouk from the Industrial Estate Authority of Thailand, Mr. Jirasak Tapajot, Banchang District Chief, H.E. Jacques Lapouge, the French Ambassador, and H.E. Kees Rade, the Dutch Ambassador (in absentia).

The official ribbon cutting was performed by Ms. Duangjai Asawachintachit, the French Ambassador, Stéphane Dion, CEO at TotalEnergies Corbion, as well as the two parent companies of the joint venture, represented by Valérie Goff, Senior Vice President Polymers, Refining & Chemicals at Total, together with Marc den Hartog, Executive Vice President Innovation Platforms at Corbion. Thereafter, attendees were given a guided tour of the facility.

“This is a moment of great pride for me and the teams of TotalEnergies Corbion” says Stéphane Dion. “In addition to its functionality attributes, PLA brings concrete solutions in terms of sustainability, and we are glad that our state-of-the-art plant is up and running to cater for the growing needs of the market.”

“The creation of sustainable growth with PLA bioplastics truly fits with our ambition to build new business platforms, applying disruptive technologies. PLA bioplastics will also drive further development and growth of Lactic Acid, which is at the centre of Corbion’s strategy to develop sustainable ingredient solutions to improve the quality of life for people today and for future generations” says Marc den Hartog.

“I’m very pleased to inaugurate TotalEnergies Corbion’s plant today, which has started up rapidly and now serves customers all around the globe” says Valérie Goff. “PLA bioplastics will help meeting the rising demand for polymers while contributing to reducing end-of-life concerns.”

The new 75,000 tons per year facility produces a broad range of Luminy® PLA resins from renewable, non-GMO sugarcane sourced locally in Thailand. The plant has been operational since the end of 2018. Additionally, TotalEnergies Corbion operates a 100,000 tons per year lactide plant, which produces the monomer required for the production of PLA, and a 1,000 tons per year PLA pilot plant, used for product development. Combined with Corbion’s lactic acid plant, located on the same site, this enables a fully integrated production chain from sugar to PLA. 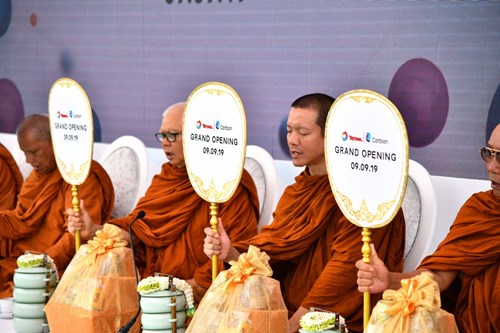 Photo 1. The plant was first blessed by monks in a religious ceremony. 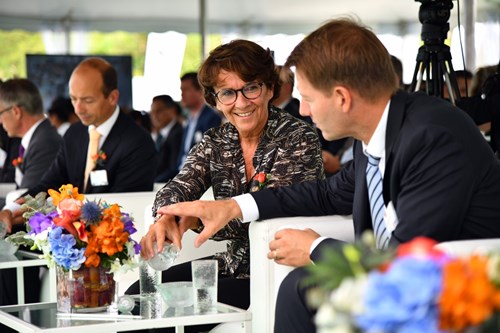 Photo 3. At the opening ceremony, Valérie Goff discusses the advantages of PLA with various guests. 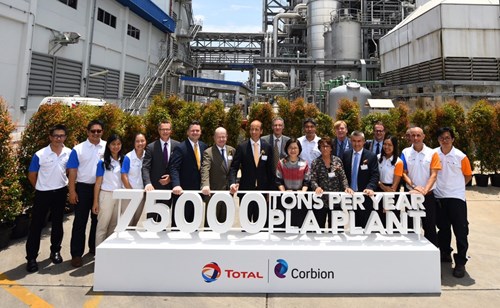 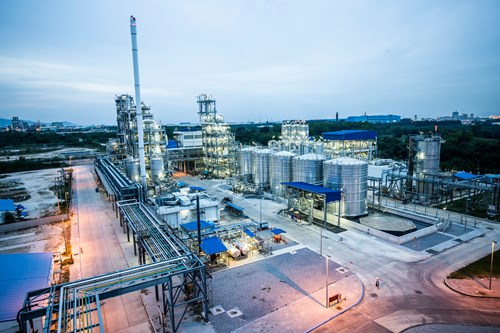